The Victorian Gothic-style Clock Tower is an icon of the old Cape Town harbour. It was the original Port Captain's Office built in 1882. The pointed Gothic windows surrounds the structure with a clock, imported from Edinburgh, as a main feature. The red walls are the same colour as they were in the 1800's, having been carefully matched to scrapings of the original paint. 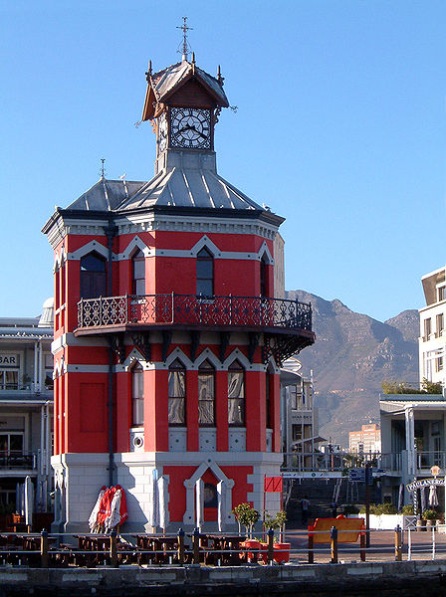 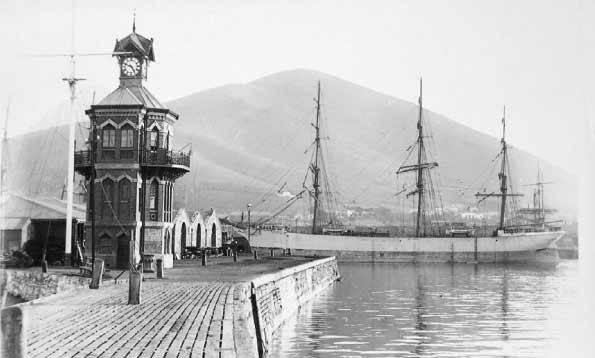 
On the second floor there is a decorative mirror room which allowed the captain an overall view of harbour activities.

On the ground floor is a tidal gauge mechanism which was used to check the level of the tide for ships entering or leaving the docks.

The Clock Tower has begun to lean to one side, about 50 mm. This has since been arrested.

The tower has been a focal point in the Victoria & Alfred Waterfront's urban renewal.