The Green Point Lighthouse was first lit on 12 April 1824. It was the first solid lighthouse structure on the South African coast and is the oldest operational lighthouse in the country.

The lighthouse was designed by the German architect Herman Shutte. Building commenced in 1821 and was completed in 1823. In 1865 the building was extended to its present height.

The Green point lighthouse is a national heritage site and is open to the public for a fee. 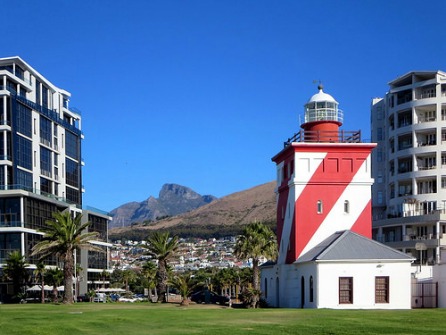