Murray's Bay was named after a Scottish merchant, John Murray who had a whaling station there until 1820. Not long after this prisoners who were sent to the island were housed in the area of the bay. As the population increased new housing was build and by the middle of the twentieth century all of the houses at Murray's Bay was either destroyed or left to become derelict.

The harbour was constructed in the early 1940's in order to ship heavy defense guns to the island during World War II. 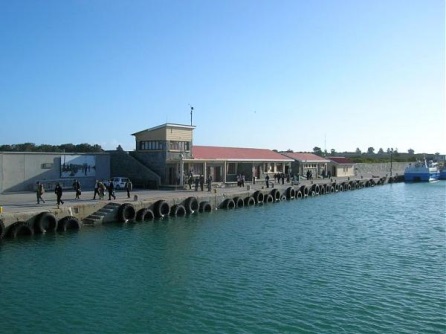