one of the earliest features of human occupation

The Robben Island Limestone Quarry is one of the earliest features of human occupation on the island. It dates back to the mid-17th century. The quarry supplied the dressed stone for the foundations of the Castle of Good Hope in Cape Town.

The prisoners who worked at the quarry over the centuries included Nelson Mandela. He worked there for 13 years. There was no real need for the island's limestone during the time of Mandela. Prisoners would break up the stone and carry it to one end of the quarry one day and then back the next - the work was really just to keep them busy. As a result of working with the white limestone every day, Mandela suffered from eye problems.

Mandela and his fellow prisoners used their time in the quarry to educate themselves in everything from literature, philosophy, history and current events. 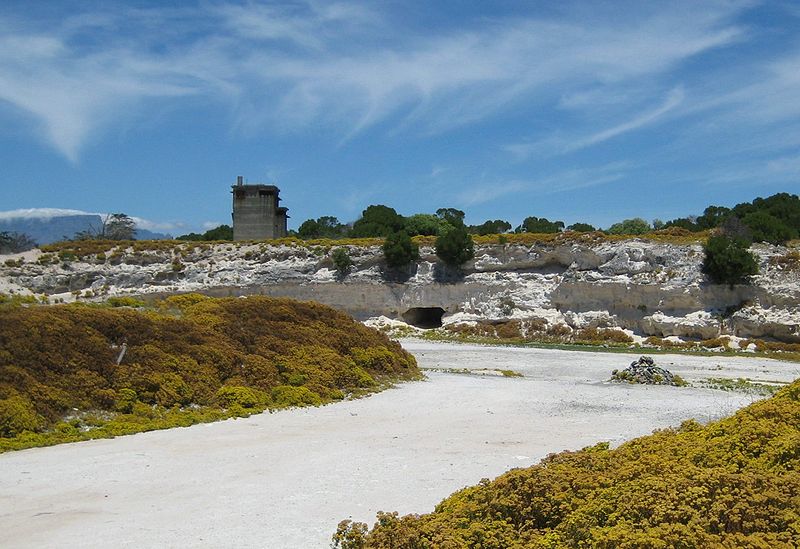