The time ball is an obsolete time signalling device. It consists of a large, painted ball that is dropped at a predetermined time, principally to enable navigators to verify their marine chronometers from their ships offshore.

The first time-ball in Cape Town stood on a wooden tower mid-19th century in Observatory. With the development of the docks in the 1860's this ball was no longer visible to ships in the harbour. The second time-ball was built on the slopes of Signal Hill. This was replaced by this tower in the V&A Waterfront. 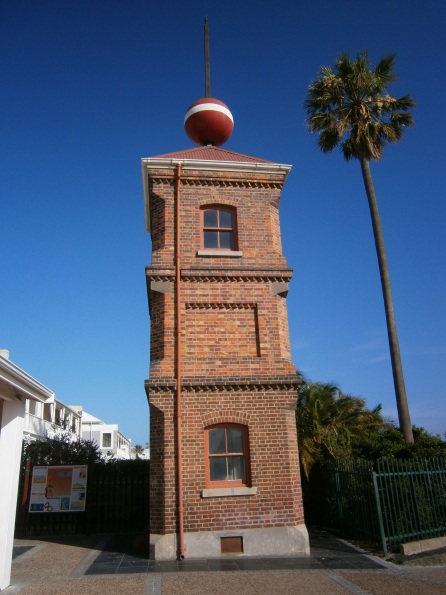 
Built in 1894, the time ball in the Victoria & Alfred Waterfront remained in use for 40 years. In the period after that it was used as repeater station for harbour signals at some point. The tower was restored in November 1997.

The Cape Town ball is made of fibre glass. The dropping of the ball is triggered electronically by the SA Astronomical Observatory.