The Victoria & Alfred Waterfront is South Africa's most-visited destination. It boasts the highest rate of foreign tourists of any attraction in the country. It houses various heritage sites, historic landmarks and other attractions.

Prince Alfred, Queen Victoria's second son, inaugurated the V&A Waterfront's construction as a 16-year old midshipman in the Royal Navy in 1860. He returned 10 years later for the official opening of the completed works in July 1870. The area had electricity 10 years before the rest of Cape Town.

The Victoria & Alfred Waterfront is a renewal project that incorporates much of the historic harbour infrastructure. The Waterfront was named after the Alfred Basin and the Victoria Basin. The first basin was named after Prince Alfred, and the second after his mother. The V&A Waterfront is part of the renowned Cape Town Big 6. The other iconic locations are the Table Mountain Cableway, Kirstenbosch Gardens, Robben Island, Cape Point and Constantia Vineyards. 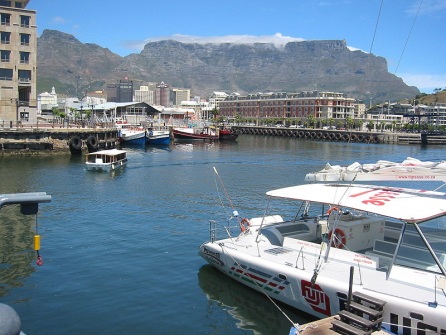