The first Dutch administrator at Cape Town, Jan van Riebeeck, had the first navigation aid set at the top of the then Fire Hill (now known as Minto Hill). Minto Hill is the highest point on the island. Huge bonfires were lit on Fire Hill at night to warn ships of the rocks that surround the island. Van Riebeeck's administration was from 1652 until 1662. The fires are mentioned in his dairy from 1656.

The Robben Island lighthouse was built in 1864 by Joseph Flack. It is 18 metres (59 ft) high and was converted to electricity in 1938. It is the only South African lighthouse to utilise a flashing light instead of a revolving light. The light is visible for 24 nautical miles.

The lighthouse is the only area on the island that is not an official heritage site. 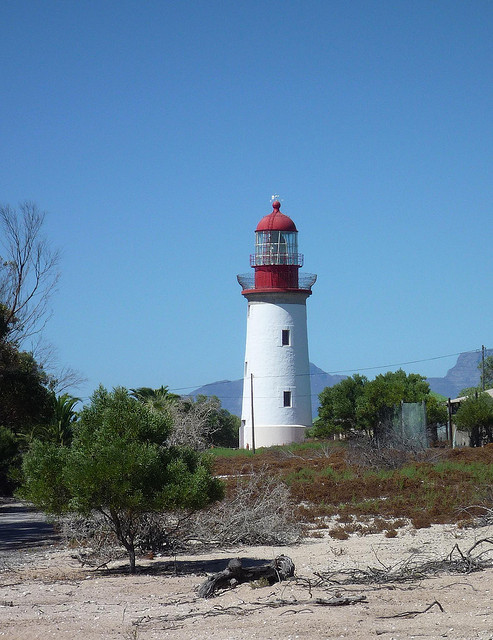