Robert Sobukwe, the leader of the Pan African Congress, was held in isolation on Robben Island from 1963 to 1969. The building in which he was held was erected during World War 2 and was previously used by black warders.

Sobukwe was not allowed to communicate with anyone, including the warders, and used gestures as a means of communication. 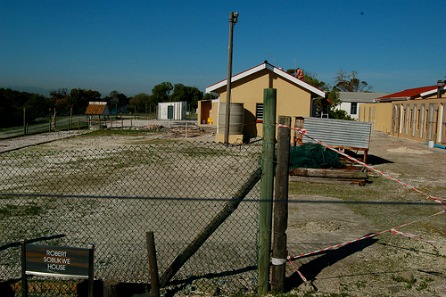