The Chavonnes Battery is Cape Town's oldest major fortification except for the Castle of Good Hope. The battery was situated in what is today the Victoria & Alfred Waterfront.

This brainchild of the then Governor Maurice or Mauritz Pasque, Marquis de Chavonnes, protected the Vereenigde Oost-Indische Compagnie, or VOC, (Dutch East India Company) in Cape Town against sea-borne aggressors in the 18th century. During this time Cape Town was sometimes referred to as the Caabsche Vlek.

It took 11 years to complete the massive battery which stood at the water's edge. The main weaponry was 16 great guns which between them had an arc of fire of nearly 180 degrees. The inauguration was in 1726 and it remained in active service until 1860. 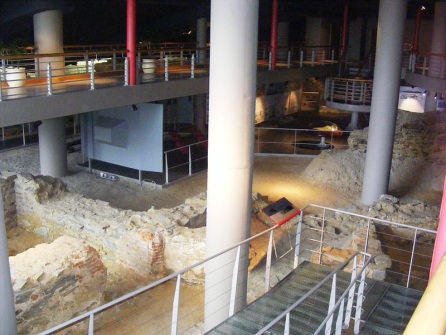 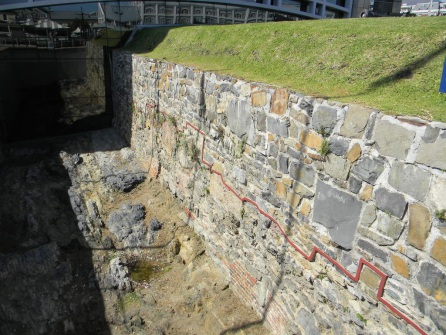 
De Chavonnes never saw the battery completed. He died in 1725, aged 72. Officially it only became the Chavonnes Battery in 1744. Before then it went by various other names; Grote Batterij (Great Battery), Water Casteel (Water Castle), Water Schanz (Water Breastwork) and the Mauritius Battery.

Most of the fortification was demolished through the years, some of the stone being used in the construction of the Alfred Basin. When work on the harbour started, the battery housed the convicts who were used as labour.

At the start of the 21st century renewed interest in the history of the fortification led to the excavation of part of the battery. The Chavonnes Battery Museum was created on site to preserve this important part of the Cape history. 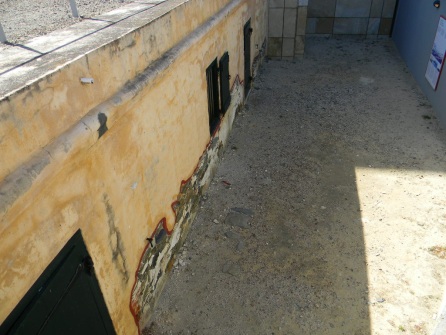 The back of the Chavonnes Battery (photo: QVRP, Creative Commons license)