the only boom defence vessel remaining in the world

SAS Somerset was a Bar-class boom defence vessel of the South African Navy, originally built in Blyth, Northumberland, by Blyth Shipbuilding Company and commissioned as HMS Barcross in 1941, one of 76 of this class built during the Second World War. In South Africa she was named after a famous horse that carried Dick King from Durban to Grahamstown in 1842. The connection is perpetuated in the seahorse on the ship's crest and official badge. 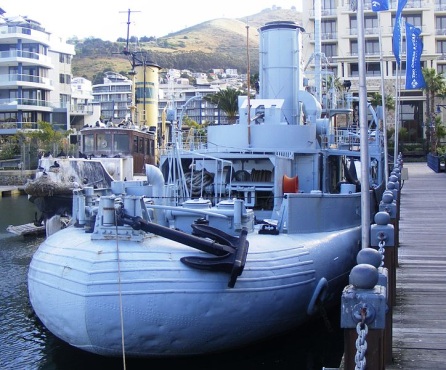 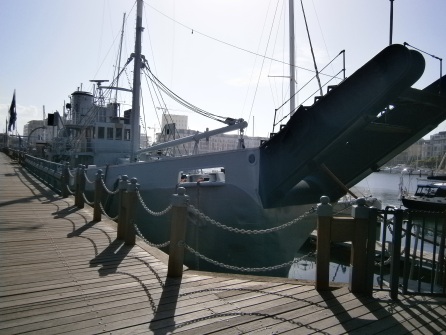 
SAS Somerset is now used as a museum ship for the SA Cultural History Museum and has been moored on the Victoria & Alfred Waterfront in Cape Town since 2 September 1988. She is the only boom defence vessel remaining in the world.