once the gateway to Southern Africa

The Victoria Basin is part of the Port of Cape Town. After the opening of the Duncan Dock in 1870 renewed development took place along the shore. The breakwater was lengthened and piers were built from 1890 until 1895. The newly sheltered area was completed in 1905 and named the Victoria Basin, after Queen Victoria. Today this area houses the Victoria & Alfred Waterfront. The basin was one of the main piers of the original Cape Town harbour.

The Victoria Basin served as the gateway to Southern Africa until the mid-1930's. Today it is still used by smaller commercial vessels such as fishing and pleasure boats and also by smaller passenger cruise ships. 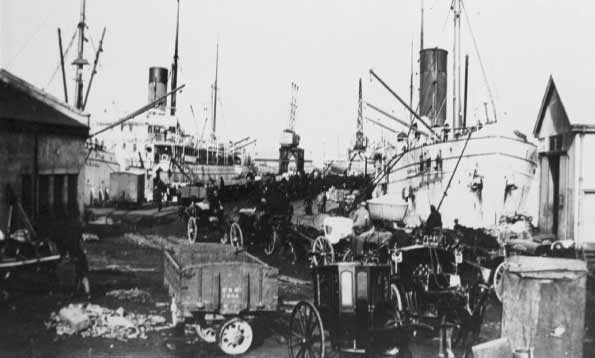